A few years back, Emily and I were checking out a candle shop in Collingswood, NJ. The place (predicatably) smelled almost overpowering. Besides candles there was a lot of incense, Wicca, natural- healing, and- what I have been told is an accepted term- “woo-woo stuff.”

The proprietress was behind the counter, and she asked what we did as she rang up our purchases. I told her I was a baker, and the following exchange happened:

“Oh good! I’ve always wanted to ask a baker this! Okay, so what’s the difference between wheat, yeast, and gluten? Like I’m trying to go gluten free because it’ll help my chakras align, but I’m also vegan and I REALLY like nutritional yeast, so like, is there gluten free yeast? Isn’t yeast alive, so isn’t it actually not vegan? And I was also wondering bzzzzzzzzzzz…..”

To avoid anyone from having to deal with this shenanigans again, and to answer a couple questions that have been pitched to me by other non-baking pros, here’s a Crash Course on Bread.

Bread is called the “staff of life” for a reason. For most of human existence, it’s been the single best way for us to get carbohydrates- our body’s main source of caloric energy. In fact, a recent archaeological discovery has turned academic theories about human development on their heads by seeming to confirm that baking bread predates agriculture. We were making bread while we were still foraging the ingredients.

Why is bread so ubiquitous? Because through a seemingly simple process, it makes enormous amounts of caloric energy available to our bodies in a way that eating raw grasses and grains cannot.

At its heart, ALL bread is just four ingredients:

Before the cultivation of “common” wheat (Triticum aestivum), multiple other cereal grains were harvested and milled to create bread. Many of these “ancient” grains are still used today:

I might address ancient grains in a later blog post, but for right now I’ll just mention them because, compared to common wheat, all of these have very little of the plant proteins glutenin and gliadin. These proteins, when combined with water, create gluten– which gives bread its shape and structure. 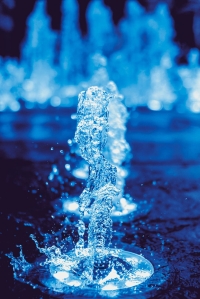 It’s water. It’s why you don’t just put butter on top of a pile of dust every morning. Nowadays, we’ve learned that the mineral content of water can change the taste and baking of bread. Back in the beginning though… I just don’t think anyone really wanted to eat a pile of dust. 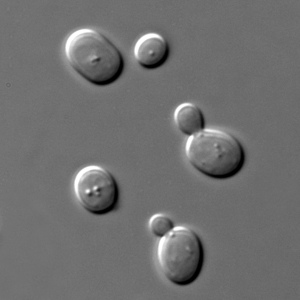 Now HERE’s the fun stuff. Yeasts are single-celled fungi, and because of their relationship with baking are likely one of the first organisms humans domesticated. Interestingly, it wasn’t until 1680 that Dutch naturalist Anton van Leeuwenhoek first observed them with his microscope. At that time, he didn’t consider them to be living creatures, though we now understand that they are in fact single-called organisms.

There are over 1,500 documented species of yeast, and they could be their own blog post in the future. For right now, all you need to know about yeast is that they are little fungi that eat sugar and starch, then excrete alcohol and carbon dioxide.

Salt was likely first added to bread as a naturally-occurring variant called “natron.” Beyond simply improving flavor, adding salt to bread inhibits yeast growth. In other words, it keeps your yeast from getting carried away and going crazy on your bread.

Earlier, I mentioned that wheat contains two plant proteins that combined via water to create gluten. Gluten is what gives bread it’s physical structure. It gets formed and developed through mixing and then kneading your bread dough.

The best way to think of gluten is to imagine steel cables, but all curled up and bunched on each other like old telephone cords. If you want to do anything useful with those cords, you need to untangle them and straighten them out. This is done in the kneading process.

If you work those cables too hard, though, they tend to snap or collapse back on themselves like a spring that’s been stretched too far. In your bread, this is called “overkneading” your dough, and it results in a tough, chewy bread. If you are working on your bread and notice that it tends to “shrink” back to the way it was after you handled it, that’s a sign you need to let the dough relax.

In gluten-free goods, other substances like xanthan gum are used to replicate all this… to varying degrees of success. If you have ever wondered why gluten-free bread seems so dense and crumbly, this is why. There’s very little holding it together.

In kneading and forming your dough, the goal is to have a smooth, tight surface and to create a nice safe place for your yeast to get busy.

In brewing, adding yeast to something is called “pitching” the yeast. How did we pitch yeast into bread before we even knew what it was? The simple answer is… we didn’t have to.

Yeast is a microorganism. It was sitting on the grain when it was milled, and floats around in the air you breathe. For ancient cultures, making bread was initially just a matter of mixing the flour and water, and then the weird fluffy thing it did (which we now call “proofing”) was just a thing bread did. It made it bigger and seem to taste better so… cool!

After mixing your dough up and forming it (ideally with a firm, smooth surface, like a balloon), you set your bread aside to proof and let the yeast do it’s thing. Namely, you want your little yeasty friends to eat themselves silly and poop out all the carbon dioxide they can.

Sometimes, to better develop flavor, you might stick your dough in the fridge to slow down fermentation. Other times, you’ll let the bread warm up so your yeast gets busy a little faster. Either way, you want your yeast to have the time of their lives.

The carbon dioxide builds up in your loaf. That nice smooth surface you created catches it all, inflating like a balloon. That warm, bready smell fills the air as the yeast parties on in the perfect world you’ve made for them.

In a minute, you will destroy them all.

The time has come. Your yeast has one last job to do- and then you shall feed.

Before baking, a sharp razor blade is used to make small cuts in your loaf, called scoring. These can be simple or decorative, but they will serve their purpose soon.

As your bread goes into the oven, the yeast gets really excited. The temperature is increasing, and they start chowing down like never before. But soon, it becomes hot. TOO hot.

As the yeast in your bread dies and the gases accumulated inside start to expanding, your bread will undergo what’s called an “oven spring“- quickly growing like it never has before. Here is where that scoring comes into play- offering an exit hatch for that escaping gas. Without the scoring (or enough/deep enough scoring) the gases will make their own exit, ripping a seam in the loaf. Better to give your gas a nice, pretty door than have them “Kool-Aid Man” their own.

Meanwhile, the nice stretchy gluten starts to firm up, like clay in a kiln. As the loaf assumes it’s final shape, the gluten becomes more brittle. It toughens and becomes fibrous, forming the crumb- or the interior- of your bread.

The outside of your loaf, however, has its own tasty business going on.

Maillard and the Perfect Crust

The outer surface of your loaf is subject to the hottest, most direct heat. The gluten there will firm up faster and harder than anywhere else, and the sugars will start to caramelize.

This specific caramelization of sugars is called the Maillard reaction. As the sugars react to the heat, they don’t just develop flavor- they turn brown. Golden, rich, deep brown, forming that delicious crust.

Depending on the type of bread being made, water will sometimes be applied to the surface of the bread to aid in the reaction (comparing making a “dry” caramel on the stove, versus making one with sugar and water. Which takes longer?) The addition of water (in the form of steam or spray) is generally used on breads meant to have a harder crust, like baguette.

After baking, you let your bread rest. It’ll contract slightly, the crust firming and crackling.

Your yeast has done its job. The gluten that formed its tiny civilization is all that remains.

Now you can make yourself a sandwich.

Anything else you’d like to know? Drop it in the comments, and I’ll answer as best I can- or write about it next week!

2 thoughts on “Loafing About- A Hot Take On Bread Science”