It had been a rough week. Between a long work week, tax season, car problems and more, Emily and I have been failing miserably at our resolution to just have boring lives for a few months.

Last Sunday, Emily decided that we both needed a day to relax and just mosey around- me especially. After thinking about what kind of things would help me relax, we decided the first order of business was a hot bowl of ramen for lunch, and then maybe an afternoon at Lan Su Garden. 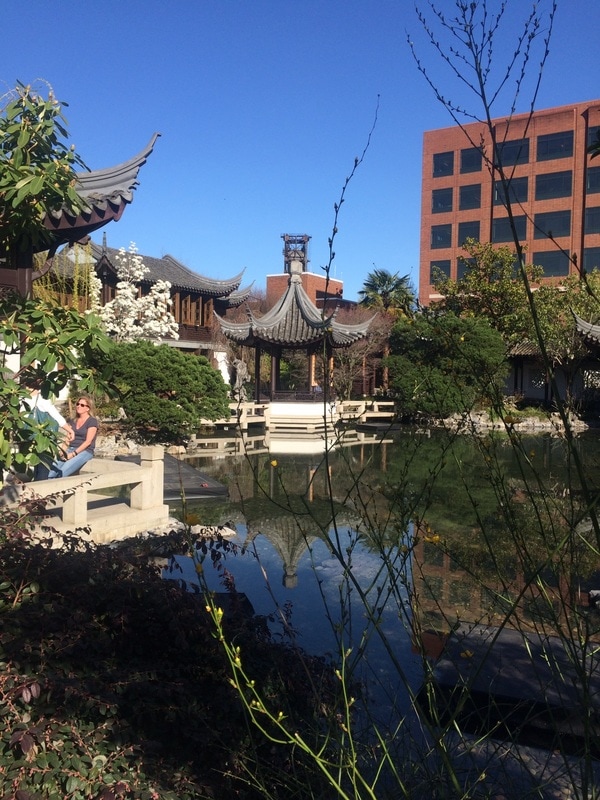 As we sat in the restaurant, sipping genmaicha and slurping our noodles (I’d chosen the tonkatsu- a pork-broth based bowl), I found myself staring deep into my teacup and wondering:​

“Why are the things that I count on to bring me calm and serenity based in East Asian culture and philosophy?”

I suppose part of the reason I asked myself that rather than, you know, just enjoying those things, is the fact that I discovered much of my love for those cultures while I was dissatisfied with my own.

I was born and raised Conservative Jewish (a slightly-more-strict-than-middle-of-the-road sect of American Judaism,) but for about four years of my life I was a practicing Buddhist. Between an unpleasant ecclesiastical discussion with a rabbi and my general dispassion with the faith, Buddhism seemed to embrace and answer all the questions I had about my place and role in the Universe. Where Judaism seemed to say “Shut up, sit down, and pray,” Buddhism seemed to say, “Sit down, be still, and think-” things I was quite good at at the time.​

It took another crisis of faith, and a warm welcome from the Hasidim (a more orthodox sect of Judaism) and their Chabad outreach program to make me more comfortable with my identity as a Jew, and the wealth of culture that was my birthright beyond standing and reciting Hebrew litanies. Part of what the Chabad rabbi said that got me thinking was “Anything that can give you peace in some other faith, you can find that same peace in your own.”

Bringing it back then, the complete question I asked myself over tea and ramen was “Why do I find calm and serenity in things based on East Asian philosophy, and are there similar things in the Jewish philosophy I was born to?”
Surely the culture I was born to is worth introspection and curiosity, right? 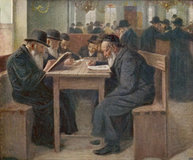 In Jewish philosophy- as in much of Judeo-Christian theology- serenity and bliss are found uniquely in living in concordance with God’s will, namely-
– Observing the 613 mitzvot (commandments- that’s right, there’s more than 10.)
– Praising and interacting with God
– Deed of tzedakah (literally “righteousness,” though often translated as “charity.”)
– Art forms meant to be in praise of God and His creation.
At its root, the ultimate bliss one can experience in life is living in such a way that you experience devekus, or feeling the constant presence of the Almighty. 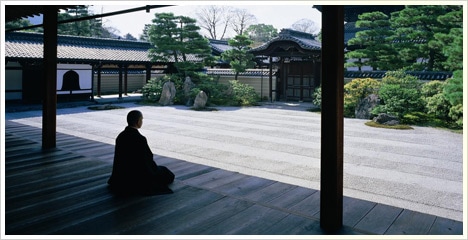 Compared to the Eastern philosophies I had learned about (primarily Taoism and Zen Buddhism,) bliss and serenity come from:
– recognizing the significance of your insignificance.
– letting go of egotism and thus connecting yourself fully to the cosmos.
– seeking the deeper beauty in everything around you, particularly its ephemerality.
– contemplation of oneself and one’s connection to all things through various art forms.

I am not, and never have been, an especially religious or devout man. I have, however, for the entirety of my adult life been aware that I am a very small part of a very, very, VERY big universe.

​Often, I suppose, I find myself marveling at the scope of the painting I’m in rather than the existence of the painter. This isn’t to say that I DON’T get anything out of my own culture. It’s a base of experience for me- a point of reference. A grounding, or background against which I can cast everything else. The home base from which I can journey, and to which I can return.​

What I call “serenity” may very well be just cultural escapism- living in the Torah, and vacationing to the Tao Te Ching and Dhammapada for rejuvenation.

Here’s to “getting away” into your own mind.​

Lan Su was hideously crowded that day (rather ruining the experience in my opinion,) and so Emily and I just settled for the ramen and instead window-shopped in one of our favorite neighborhoods.
Good food, sun, and the pavement beneath our feet did just fine.

Maybe less a Chinese painting, and more of an Edward Hopper kind of serenity. 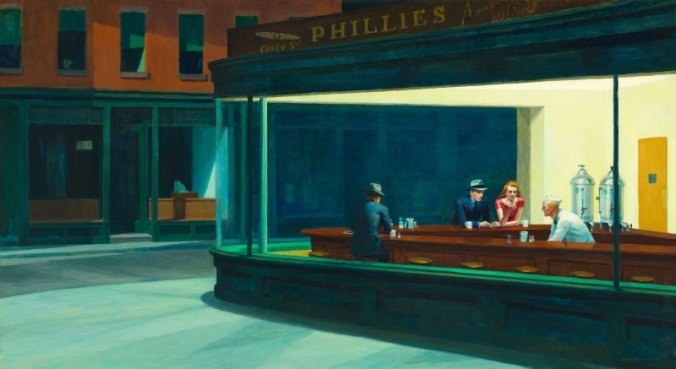 One thought on “Serenity- Close to Home?”