Good evening, friends and neighbors!​     Hope your Labor Day was fun and restful, and that all the kids are excited to be back in school. 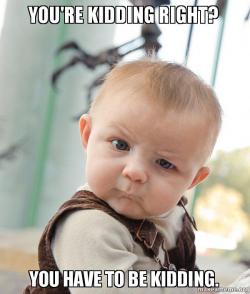 What? Weirder things have happened.     Case in point was MY Labor Day, spent in the kitchen of Crema Cafe + Bakery, my current employers.

As you might expect, business was VERY swift that day, and I was double-timing it around the kitchen. As the only pastry guy on duty that day, I had to make sure the front was stocked. Pastries, pies, cakes, pudding- whatever I could whip up with what was available that the customers would like.

One of the great things about working in a small place like Crema is creative freedom. As in all kitchens, one taste is worth a thousand explanations. If you can bring the boss something new and good, very often the response is “Make it, put it out there- if it sells, make it again.” In a way, it’s the ultimate trial by fire for a new recipe. While most creations are bound to become one-offs, or made infrequently when time/materials present themselves, good products that can speak to the public in all seasons are likely to be asked for again and again, and become regular additions.​

With that in mind, when I started on the pastry bench at Crema a month or so back, my first thought was, “These guys need a little East Coast in here”- and to me, that means Jewish classics.

Pic from traditionaljewishgifts.com
I have not always had a great relationship with my Jewish roots and faith. I all but denied them for about four years after an unfortunate argument with a rabbi. Since college, however, I’ve found myself embracing my Jewish heritage and culture more and more- but that’s another story. Something that helped me along as reconnecting and learning the recipes of my youth.     Since the head of pastry, Victoria, already had a pretty solid rugelach recipe she made now and again, I figured it couldn’t hurt to show them hamantaschen and my Bubba’s Jewish Apple Cake.
While my Bubba’s Jewish Apple Cake is eternal, unchanging and perfect (I will f*^&ing fight you if you argue different), the great thing about hamantaschen IS the fact that the fillings in the triangular sugar cookie can change as you see fit. With Portland’s absolutely INSANE growing seasons and produce, fillings were limited only by my imagination.     Which is why this story involves an amusing conversation that started over a Peach Blueberry and Thyme-filled hamantaschen.

Yes, you want one. Recipe farther down.

One of my hobbies recently has been reading up on the Yiddish language– the language of the Jewish Diaspora since at least the Middle Ages. It combines Biblical Hebrew, German, Slavic, and a number of other languages in its melange of dialects. As such, when I write up the display tags for my pastries, sometimes I add in Yiddish phrases and jokes, like:
“Oy, geshmakht!” (Wow, great taste!)
“Ba-Tampte!” (Tasty!)
“Nu? What do you want for $3?” (Shut up, it’s funny.)

As the crowds are winding down and I’m starting preparations for the next day, Zach- one of the baristas- comes back and says, “Someone wants to talk to you about your hamantaschen, but he’s pronouncing it ‘geshmahkt’ or something? I don’t get it.”
I can’t help but chuckle- “Nu? One of the customers speaks Yiddish!” I am greeted by a friendly older gentleman that we’ll call Leroy. Leroy was new to Portland and was in our neck of the woods for the Portland Theater Festival. He pointed to the tag on my hamantaschen and asked if I was fluent in Yiddish.
I confessed that I wasn’t, but I was picking up a few phrases here and there through my reading. He smiled and told me that he had wanted to learn Yiddish for a long time as it was his parent’s primary language. He then asked if I was going to be here later, and I told him I’d likely be there until closing time. He grinned and said he’d be back.

About two hours later, I’m starting to wrap things up in back. I had prep done for tomorrow, all the wholesale pastries and stuff for morning bake ready to go- all that was left was wrapping and cleaning.
That’s when Zach pops in the back again. “Hey Matt, that old guy’s back, and he’s got a book for you.”​A book?

The book was his textbook in beginner’s Yiddish, written and assembled for a college course he had attended some time ago. As he lived in the neighborhood (and now knew where I worked) he offered to let me borrow it so I could get some REAL lessons in, rather than just memorizing phrases.You’ll never know what can happen over tasty pastries.

Nu? What did you want from a blog I’m writing at 11 at night?

Filling (You can make this, or get jars of pie filling from the store- whatever you like!)
4 Peaches, peeled, pitted, and chopped small.
2 Pints Blueberries
1/2 C. Sugar
3 Tbsp Corn Starch
1 Tbsp Lemon Juice
1 Tbsp Dried Thyme
Fresh Thyme for Garnish