I actually have a bit of a commute with my new job- 40 minutes on a bus, that I usually pass by reading one of my growing pile of books.
After yesterday’s blog post, however, I realized I had a few more thoughts on the subject of goals, and specifically the discipline in achieving them.

So let’s give blogging-by-smartphone a try. 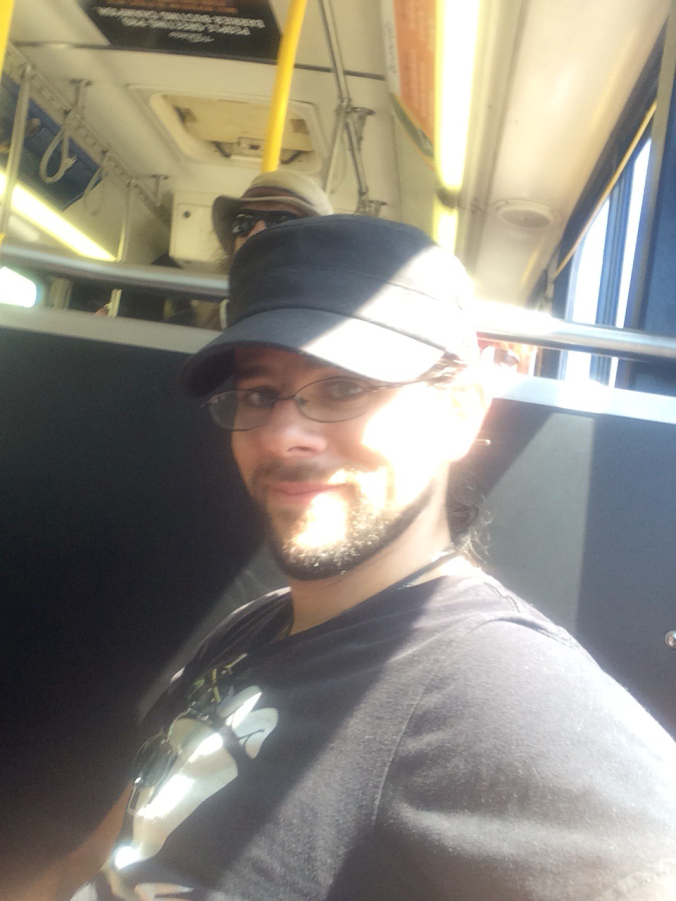 Blogging In Motion. Truly it is a new world.

After I finished that post yesterday, I didn’t do nearly as much writing as I had intended. Sure, what I got done instead (meals, a nap, a few errands) were very necessary, and I did put a little more work into one of my books. Nothing to be ashamed of there- but it still wasn’t as much as I thought I might do.

Instead, I did what my body and mind told me would feel good- I watched some funny videos, read, and had some tasty and relaxing beverages to beat the heat. I don’t regret any of it, just to be clear.

That said, my discipline is not perfect. Ideally, I should have tackled all the writing I wanted done FIRST, then got on with the relaxing rewards.

Goals are important, not just because they hold us accountable for our actions and efforts, but because they REMIND US THEY EXIST.

If I had written my writing goals for yesterday as though they were a task list, it would have made them solid. Important. Necessary to be done.

I’m going to be better about that in the future. I love writing, and doing it properly is worth the effort.

I’ve written before about self-discipline, and I used the following definition:

I’d like to combine that with another well-known adage: “Character is what you do when no one else is looking.”

So much of being successful in what you do is about showing up and getting the job done, without anyone leaning on your shoulder and saying so. It’s doing what you need to do, regardless of whether you feel like doing it just then.

If it’s the job you want, then do the job.
If it’s not, why are you doing it?

That’s about all I have to say here, I think.
I’ve still got another 15 of bus time left… enough time to read a bit I think.