Good afternoon, friends and neighbors. This is possibly my last blog post for 2017. It has been an interesting day so far, and it’s only 2:50. I’ve been reading a lot, writing more, and finally feeling energized but calm enough to think clearly.
No, that is not a contradiction.

It’s a sunny afternoon in Portland. The morning was chilly, cold, and cloudy, but the sun has finally come out. After taking our new kitty Cleo to the vet for her first check-up (yay for having a healthy and happy little kitty!) Emily has laid down for a nap. I finally got a new backpack, so I decided a good way to put it through its paces is a stroll down Hawthorne to get some work done.

As I write this, I’m ensconced in Common Grounds, a comfy and airy coffeehouse that’s been around for at least 25 years, and is a great place for a cuppa, some work and reading. Around me, you wouldn’t be able to tell New Years Eve was tomorrow. Everyone is lost in their own affairs- cribbage games, reading, reports, newspapers. The man down the table from me is a civil engineer, going over plans for new highway signage and grumbling at his laptop.

All of this is makes my current music choice a weird companion. Given the stress and intrigue of the outside world, recently Pink Floyd’s “The Wall” album has felt more appropriate and familiar a soundtrack for daily life.

As I look at peoples faces and reactions, in the real world and the world of social media, you can almost feel the waves of uncertainty crash into them over and over. Some stand tall like the pylons of a pier- others smash over and get dragged along like driftwood.

Sometimes I feel like the pier. Other times, driftwood.

As I sit here in the cafe, in the golden light of early afternoon, things seem a little simpler. Anyone who isn’t screaming their heads off, or clapping their hands over their ears, just seems to be holding their breath and waiting for the next wave.
——–

This year has been busy. Emily and I married. I started my first legitimate business- and promptly drove it straight into the ground. As far as ways to get an education in business administration, I can firmly recommend trying and failing over burning ten times as much money going to school.

From the wreckage of the business, however, this blog came crawling out. I saw that, while maybe people weren’t so keen on being taught to cook in their own kitchens, you all were interested in what I had to say on other stuff.
You wanted to hear my weird stories of life in food service.

You wanted to hear what I had to say about homecooking, and teaching others to cook.

You wanted to know what I thought of fancy restaurants, and which foodcarts here in this weird-ass city are my favorites.

You wanted to hear me- and that made me want to tell you more.

The fact that this blog is here at all is due in no small part to every single one of you clicking in once or twice a week to hear what stories a thirty-something baker has to say. Some of you have even decided to put a dollar value on it.
I think I’m a pretty decent writer- but I am very much at a loss for words to say how much your readership means to me.

Putting something up on this blog every week has been incredibly grounding and solidifying for me. I’ve always been a storyteller, but what’s a storyteller without an audience? Just a madman gibbering to himself in the corner in the dark. Writing for you all lets me hone my thoughts, and holds me accountable for what I want to do and say.

Thanks to you, I finally made this blog into something in 2017.
​So what happens next? 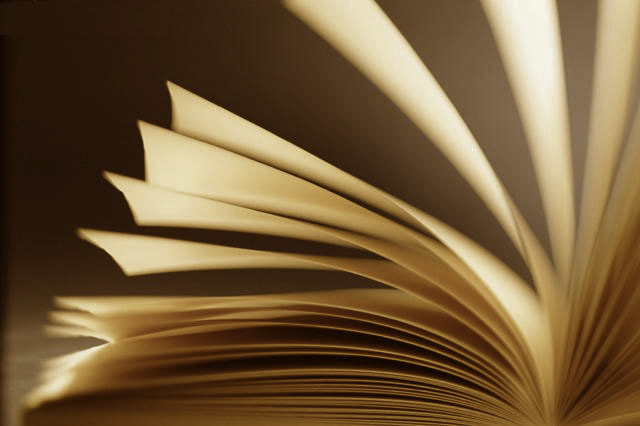 Well… I want find ways to tell you all more stories. I’m going to be doing more live stuff- video bake-alongs (now available only to certain Patreon supporters while I work out the bugs), live Q+A chats and AMAs, more reviews from around town, more discussions of the gadgets and gizmos you need (or don’t) in the kitchen.

You’ve all given me your time, your attention, and a reason to write. I want to make sure you are all getting something back.

Everywhere around me, I see people holding their breath- waiting for the next suckerpunch, the next windfall, the next moment of quiet, eyes darting back and forth. Sometimes I’m one of them.

Right now, however- sitting in this cafe, talking to all of you- I can’t wait to see what 2018 will bring. In the short run, however, this afternoon will likely bring a trip to the bookstore and some tasty beverages later.

Thanks for coming along, everyone, and stick around-
this ought to be interesting.

“Here I am, on the road again
there I am, up on the stage…
there I go, playing the star again,
there I go, turn the page…”