This last week has been exciting and stressful for me on a number of different levels- personal and professional, across both my day job and the BHB. It gets so easy sometimes to get “lost in the noise-” become so overwhelmed that you feel like your are doing everything, when you are really doing nothing. Nothing, at least, toward what you really want to do.

Especially during times like this, it’s tempting to want to compare yourself to others. It’s easier to give in to envy and anger and self-doubt than to confront your challenges sometimes.

Or smash your head into a hard surface. That too.

Recently, I’ve been able to pull out of a bit of a slump.

First though, we’re going to talk about my friend Carrie.

Carrie is a friend of mine and another baker who graduated culinary school about the same time I did. She is an extremely gifted baker and cake decorator. One of the teachers at the school put in a recommendation for her to work at a well-known local cake studio. She did extremely well, and through another teacher, she is now spending her second spring and summer working in a restaurant in the French Alps, and is currently vacationing in Spain.

Carrie is a good friend of mine. She leaves my decorating skills in the dust.

She works in a fascinating place that I have never been to, surrounded by natural splendor, loves the people she works with, and the work she does.
I envy the HELL out of her.

For someone like Carrie, it’s easy to look at her accomplishments, grumble, kick the dirt and mutter that she got a bunch of lucky breaks. She knew her teachers, her teachers knew the right people, they got her an in, etcetera.

This kind of thinking does Carrie, and talented people like her, a MASSIVE disservice. What’s more, it demonstrates an incredible consequence of comparing yourself to others- defeatism.

The old saying goes that “Luck is when preparation meets opportunity.” It’s not so much how the coin lands for you, it’s being ready to do what’s needed to make EITHER way the coin lands work out best for you- and that takes skill, planning, dedication, and hard work.

Yes, Carrie DID get in her current position through a string of connections. Untold, however, is that Carrie:

– worked several years in a restaurant.
– worked very hard at culinary school, demonstrating impressive skill and knowledge that earned the admiration of her teachers and fellow students.
– showed enough character and determination that her teachers felt that a recommendation for her would not reflect badly on them.
– worked/works long and hard at these jobs to demonstrate that their faith is not unfounded, and making her an asset to her employers.
– made numerous sacrifices and hard decisions in all aspects of her life.


To write all of that off and just say she was “lucky” is insulting and, frankly, bullshit. Carrie was prepared, so when the opportunities came, she could reach out and seize them. She earned what she got.

In comparing ourselves against others, we rarely take into account everything a person has done that we HAVEN’T seen, or isn’t obvious. You can’t know the stories and motives behind every persons life.

Which is why it’s vital, if you are going to succeed in anything, DON’T COMPARE YOURSELF.
You have to follow your own plan and your own motives.
You have to make your own luck.

As I said before, I’ve been having a tough week. Thoughts and worries about how to move my career forward, how to build and improve on the BHB, what my next steps should be, and so on whizzed around my head like angry hornets.
Plenty of friends, family, and other well-meaning folks offered advice, suggestions, resources, connections, and more, but all of it seemed to be help for Step 3, 4, 5,7, and 12 when I wasn’t even sure what Step 1 should be.

I was lost in the noise and burying myself in daily minutiae, stagnating.

I compared myself to other apparently successful people, grumbling and envious.

Then, one night, after a talk with my girlfriend, I realized what my problem was- 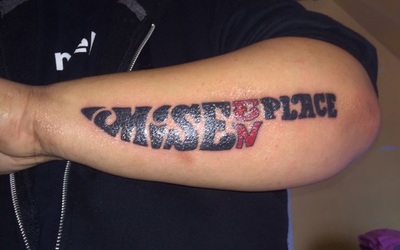 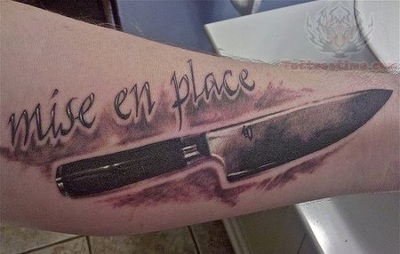 I may or may not have covered this before, but “mise en place” is French for “everything in place.” In the kitchen, it is having all of your ingredients right in front of you, in the forms you need them, in the ORDER you need them, before you even think of mixing anything together.
Mise en place is the motto, the creed, and religion of the kitchen.
The mise en place for my life was utter crap.
I didn’t know what Step 1 should be because I HAD no steps. Everything seemed so monumental and difficult, because I was looking at it as ONE BIG HONKING THING.

I looked up, saw the whizzing thoughts and worries around my head, and made them line them. I put them in priority order, and just looked at one thing at a time.

You know- some of the decisions I’ll be making still look really damn worrying and scary, but they are a scary I can manage now.

Once you organize yourself and break things down, things rarely look quite so confused and nerve-wracking as they do at first.