Around two years ago, I had just gotten home from culinary school. My uniform had just been tossed in the laundry, I was in my pajamas, and was clicking around online for something interesting to read when my phone rang. It was my father, and the conversation went like this:

Me: “Not really… I’ve got a black suit and vest though.”

Dad: “That’ll do. How far are you from (a local country club/ golf course)?

After a vague feeling of unease and a mounting excitement past, I followed instructions. I had been losing weight for a few months by then, and my suit didn’t fit. I wound up wearing a belt and doing the “military tuck,” but I looked presentable.

Cards in vest pocket, I burned rubber to get to the country club.

Uh… not quite.
There were lots of people in tuxes, some of them wearing brightly-colored ribbons and chains around their necks. I handed my car off to the valet (silently embarrassed at the cleanliness of the front footwell), and my dad met me in the vestibule of the main building. He was also wearing a tux, and a purple ribbon and chain, studded with pins. He lead me into the opulent main hall.

There was food EVERYWHERE. A large appetizer buffet had been set up in a round in the center of the room- crudite, baked brie, dips, salads, dressings.

Waiters were milling around with trays. I heard the words “oyster,” “foie gras,” and “caviar” more than once.

This was fine dining… it was EXPENSIVE dining. On the outside, I managed to stay cool, but in my head I felt like a sinner in church.

I was a fart in a perfume shop.

I was a warm bottle of beer at a barbecue.

My dad leaned in and muttered in my ear:

Then he vanished. My brain promptly gave up and crapped itself.

That was my introduction to the Chaîne de Rôtissieurs.

The Chaîne de Rôtisseurs (“The Chaîne” for short, pronounced “shen”) is a gastronomy group- the oldest and largest food and wine society in the world, with chapters (“Baillage”, “bailli” plural) all over the world, bringing together people that love to eat food with the chefs that love to make it.

We’ll get back to tuxedoed, poo-brained me in a bit.

First established nearly 800 years ago in the court of King Louis IX of France, the Guild of Goose Roasters was incorporated to bring order to the various providers of roasted fowl and enforce measure of quality appropriate to the royal table.

In 1610, King Louis XIII officially recognized the guild with its own coat of arms, and affirmed it’s responsibility for poultry, game birds, lamb, and venison.

This position of authority and power was enjoyed for several centuries, thanks to the patronage of the more affluent heads of society. The guild disbanded in 1793, however, due to the loss of that affluent patronage- who had lost THEIR heads in the French Revolution.

What do you mean, “all our customers are dead?!”
One curious point in that long history- around 1787, The Chaîne filed a lawsuit  against a tavern owner known only as Monsieur Boulanger to shut down his business. Previously, food only was available as an incidental to getting a room at a tavern, and if you wanted to serve food, you bought it from guilds (such as the Chaîne.) Boulanger had a thought to open a tavern where you could pay JUST to get food, and not have to stay the night. Since there were no Soupmaking guilds, he served a thick, creamy meat stew that was considered a restorative- in French, a “restaurant.”
The Chaîne almost had the world’s first restaurant shut down, because Boulanger wasn’t buying from them.

Anyway, leaping forward:
In 1950, the Chaine was resurrected as “La Confrerie de la Chaines de Rotisseur” by Dr. Auguste Becart, Jean Valby, “Prince” Cumonsky, and Chefs Louis Giraudon and Marcel Dorin. To represent the new organization, a logo was designed based on the original guilds coat of arms:

Depicted are crossed rotisserie spits, surrounded by four larding needles with a flaming border to represent the hearth. Chains were added to be reminders of the the rotisseries chains- the small inner chain representing the professionals, the larger outer chain representing the wider community of non-professionals- and fleur-de-lis in honor of King Louis, who first incorporated the guild.

The mission of today’s Chaine is simple: to bring people who love good food, wine, and people together with chefs and professionals who love serving them. Simultaneously, the Chaine encourages its professionals to talk, converse, and explore. When a Chaine dinner occurs at the restaurant, they are not interested in the standard menu. They want the chef and his staff to play around and explore. The weird, the bizarre, the rare and unusual- all fair game, as long as they are delicious and go well with wine.

The baillage closest to me, in Atlantic City, is also very active in benefitting culinary education. Yearly fundraisers are held to help local culinary schools, and especially talented students are awarded scholarships- as well as student memberships in the Chaine itself- to help them on with their careers. As cynical as it may seem, the opportunity to simply MEET people who are higher up in the field than yourself, much less sit across a table from them for a few hours, is not one for a young professional to miss. I highly encourage any young sommeliers or culinarians out there to seek them out, or similar organizations.

Any group that exists solely for people to enjoy food and wine together and give chefs the freedom to express themselves is a force for good in this world, as far as I’m concerned. 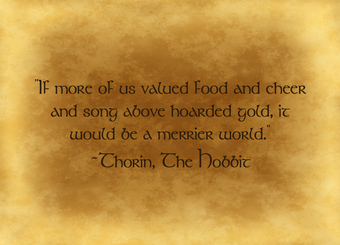 Oh yes… speaking of young culinarians, back to Poo-Brained Matt.

There I stood- drink in hand, business cards suddenly very heavy in the pocket of my ill-fitting black suit. Some people seemed drunk. Others seemed bored. Many seemed highly engaged. EVERYONE seemed hungry.

I packed a small plate with crudite and cheese, knocked back a glass of wine, and made straight for whoever seemed friendliest.

Many of the details of that night have faded from memory a bit, but here are some highlights.

The week after, my dad asked if I wanted to join the Chaine.
A few months later, I was a Rotisseur (a student member.) 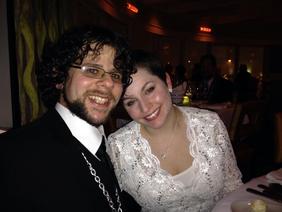 Last year, at the invitation of Chef Joe Muldoon (the first person to unironically call me “Chef”), I prepared this intermezzo and dessert for the Chaîne at his restaurant, Roberta’s. 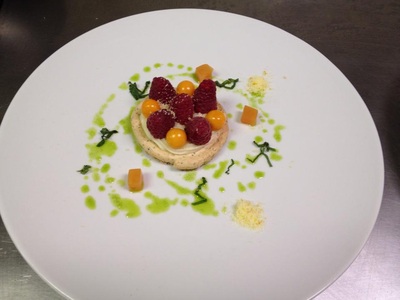 A few weeks ago, I became a professional member. Apparently I am the third generation in my family to join the Chaîne- but the first to join as a chef.

I never really thought of orange as my color before. 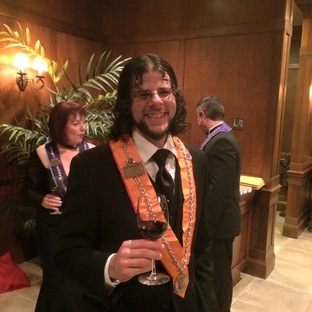